One of the most common questions my clients have for their animal is, “Are you in pain?” Pain has so much power in our culture and can mean many different things to different people. Years ago my fingers were sore for months from Lyme Disease. It was inconvenient but not devastating. But what if I had been a concert pianist? I image the finger pain would mean something very different to me in that scenario.

So how do animals think of pain?

A few months ago I watched out my office window, day after day, as my horse lay on the ground, her foot throbbing in pain from an abscess. I was doing what I could to relieve her discomfort medically, but hoof abscesses take time to heal. I think I “suffered” more that she did as I fretted over if she would get better and how would she get better. She, on the other hand, took the situation as a moment to moment issue. When it was sunny she would lay in the sand, enjoying the sun, resting her foot. When I threw hay down from the loft she would stand up and focus on her one true love – food! She never wondered if or when she would get better. She just knew to lie down when her foot hurt. She definitely felt pain, but how she perceived the pain was different from how I might under similar circumstances. 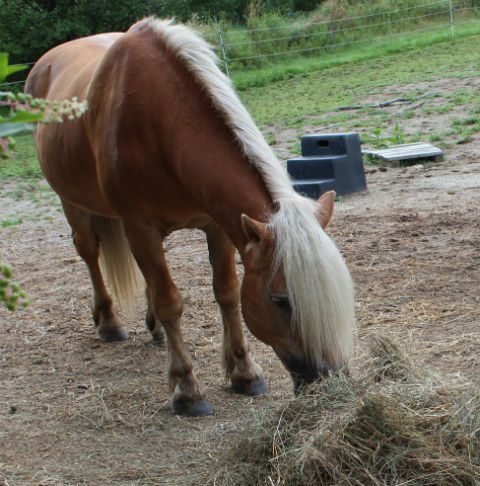 Asking rabbits about pain is one of the most difficult tasks as an animal communicator. They prefer not to talk about pain. Even amongst other rabbits. Showing any vulnerability puts these animals at the top of a prey list and they want to avoid that. When my rabbit Bramley was young he fractured his hip. It was obvious that something was very wrong because he was dragging his hind legs. He hardly complained, still ate, still used his litter box, and barely altered his routine. As he grew older he occasionally communicated to me that he had back pain (from the resulting arthritis). I was so fortunate that he was willing to share his vulnerability with me so that I could help him. I believe his willingness to communicate about pain came directly from his experience with homeopathic remedies helping him. 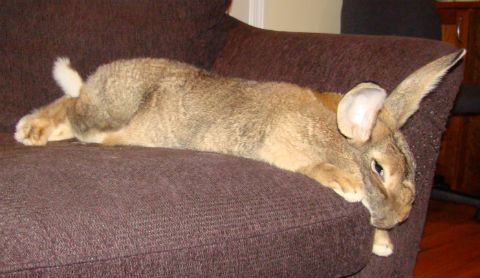 Most animals do not “naturally” believe that humans can change pain. But many domestic animals do eventually learn that humans have some ability to help (although they usually see that as very limited). Often dogs will understand that you can take a thorn from their paw, but they have no expectation of you fixing their chronic hip pain. Sometimes when I suggest to an animal that people might help with pain they think it is very odd, as if I suggested that I could make it rain less often!

So what does pain mean to animals? That has many answers, and some are unique to the individual animal, but I can comment on some generalities regarding species. For example, often to small prey animals pain means vulnerability. To most animals it is in the moment. It is very unusual for an animal to speculate regarding the future consequences of their pain. Sometimes pain is very upsetting to animals. For example a cat with impacted anal glands may run from the litter box in fright as they believe “something” is biting them. Sometimes pain is ignored; like the dog who is born with hip dysplasia and doesn’t know life without some pain.

What I have learned from animals is to take my own pain moment to moment. To avoid making it mean something about my future. And to acknowledge the pain without making the pain a bigger part of my life than necessary. (Of course, that’s me on a good day. I am not yet as easy going as my horse!)

I am a fiber artist. I create my own fabric designs and finished art quilts as well. View more posts

13 thoughts on “Animals and Pain”